Article in Wiley Encyclopedia of Electrical and Electronics Engineering DC-DC Power Converters Robert W. Erickson Department of Electrical and Computer Engineering University of Colorado Boulder, CO 80309-0425 DC-DC Power Converters are employed in a variety of applications, including Power supplies for personal computers, office equipment, spacecraft Power systems, laptop computers, and telecommunications equipment, as well as dc motor drives. The input to a DC-DC converter is an unregulated dc voltage Vg. The converter produces a regulated output voltage V, having a magnitude (and possibly polarity) that differs from Vg. For example, in a computer off-line Power supply, the 120 V or 240 V ac utility voltage is rectified, producing a dc voltage of approximately 170 V or 340 V, respectively.

1 Article in Wiley Encyclopedia of Electrical and Electronics Engineering DC-DC Power Converters Robert W. Erickson Department of Electrical and Computer Engineering University of Colorado Boulder, CO 80309-0425 DC-DC Power Converters are employed in a variety of applications, including Power supplies for personal computers, office equipment, spacecraft Power systems, laptop computers, and telecommunications equipment, as well as dc motor drives. The input to a DC-DC converter is an unregulated dc voltage Vg. The converter produces a regulated output voltage V, having a magnitude (and possibly polarity) that differs from Vg. For example, in a computer off-line Power supply, the 120 V or 240 V ac utility voltage is rectified, producing a dc voltage of approximately 170 V or 340 V, respectively.

2 A DC-DC converter then reduces the voltage to the regulated 5 V or V required by the processor ICs. High efficiency is invariably required, since cooling of inefficient Power Converters is difficult and expensive. The ideal DC-DC converter exhibits 100% efficiency; in practice, efficiencies of 70% to 95% are typically obtained. This is achieved using switched-mode, or chopper, circuits whose elements dissipate negligible Power . Pulse-width modulation (PWM) allows control and regulation of the total output voltage. This approach is also employed in applications involving alternating current, including high-efficiency dc-ac Power Converters (inverters and Power amplifiers), ac-ac Power Converters , and some ac-dc Power Converters (low-harmonic rectifiers).

3 A basic DC-DC converter circuit known as the buck converter is illustrated in Fig. 1. A single-pole double-throw (SPDT) switch is connected to the dc input voltage Vg as shown. The switch output voltage + VgLCR12+V DcinputSwitch networkLow-pass filterLoadDc output(a)+vs(t) vs(t)VgDTs(1 D)Ts0tSwitchposition:121Vs = DVg(b) Figure 1. The buck converter consists of a switch network that reduces the dc component of voltage, and a low-pass filter that removes the high-frequency switching harmonics: (a) schematic, (b) switch voltage waveform. vs(t) is equal to Vg when the switch is in position 1, and is equal to zero when the switch is in position 2. The switch position is varies periodically, such that vs(t) is a rectangular waveform having period Ts and duty cycle D.

4 The duty cycle is equal to the fraction of time that the switch is connected in position 1, and hence 0 D 1. The switching frequency fs is equal to 1/Ts. In practice, the SPDT switch is realized using semiconductor devices such as diodes, Power MOSFETs, IGBTs, BJTs, or thyristors. Typical switching frequencies lie in the range 1 kHz to 1 MHz, depending on the speed of the semiconductor devices. The switch network changes the dc component of the voltage. By Fourier analysis, the dc component of a waveform is given by its average value. The average value of vs(t) is given by Vs=1 Tsvs(t)dt0Ts=DVg (1) The integral is equal to the area under the waveform, or the height Vg multiplied by the time DTs.

6 In most applications, these harmonics must be removed, such that the converter output voltage v(t) is essentially equal to the dc component V = Vs. A low-pass filter is employed for this purpose. The converter of Fig. 1 contains a single-section L-C low-pass filter. The filter has corner frequency f0 given by f0=12 LC (2) The corner frequency f0 is chosen to be sufficiently less than the switching frequency fs, so that the filter essentially passes only the dc component of vs(t). To the extent that the inductor and capacitor are ideal, the filter removes the switching harmonics without dissipation of Power . Thus, the converter produces a dc output voltage whose magnitude is controllable via the duty cycle D, using circuit elements that (ideally) do not dissipate Power .

7 The conversion ratio M(D) is defined as the ratio of the dc output voltage V to the dc input voltage Vg under steady-state conditions: M(D)=VVg (3) For the buck converter , M(D) is given by M(D)=D (4) This equation is plotted in Fig. 2. It can be seen that the dc output voltage V is controllable between 0 and Vg, by adjustment of the duty cycle D. Figure 3 illustrates one way to realize the switch network in the buck converter , using a Power MOSFET and diode. A gate drive circuit switches the MOSFET between the conducting (on) and blocking (off) states, as commanded by a logic signal (t). When (t) is high (for 0 < t < DTs), then MOSFET Q1 conducts with negligible drain-to-source voltage. Hence, vs(t) is approximately equal to Vg, and the diode is reverse-biased.

8 The positive inductor current iL(t) flows through the MOSFET. At time t = DTs, (t) becomes low, commanding MOSFET Q1 to turn off. The inductor current must continue to flow; hence, iL(t) forward-biases diode D1, and vs(t) is now approximately equal to zero. Provided that the inductor current iL(t) remains positive, then diode D1 conducts for the remainder of the switching period. Diodes that operate in the manner are called freewheeling diodes. Since the converter output voltage v(t) is a function of the switch duty cycle D, a control system can be constructed that varies the duty cycle to cause the output voltage to follow a given reference vr. Figure 3 illustrates the block diagram of a simple converter feedback system.

9 The output voltage is sensed using a voltage divider, and is compared with an accurate dc reference voltage vr. The resulting error signal is passed through an op-amp compensation network. The analog voltage vc(t) is next fed into a pulse-width modulator. The modulator produces a switched voltage waveform that controls the gate of the Power MOSFET Q1. The duty cycle D of this waveform is proportional to the control voltage vc(t). If this control system is well designed, then the duty cycle is automatically adjusted such that the converter output voltage v follows the reference voltage vr, and is essentially independent of variations in vg or load current. Vg00V1 Figure 2. Buck converter dc output voltage V vs.

10 Duty cycle D. (t)TsDTst+ +v vg +CompensatorvrReferenceinputPulse-widthm odulatorvcTransistorgate driver Gc(s)veErrorsignaliiLH(s)Q1D1+vs Figure 3. Realization of the ideal SPDT switch using a transistor and freewheeling diode. In addition, a feedback loop is added for regulation of the output voltage. converter circuit topologies A large number of DC-DC converter circuits are known that can increase or decrease the magnitude of the dc voltage and/or invert its polarity [1-5]. Figure 4 illustrates several commonly used DC-DC converter circuits, along with their respective conversion ratios. In each example, the switch is realized using a Power MOSFET and diode; however, other semiconductor switches such as IGBTs, BJTs, or thyristors can be substituted if desired. 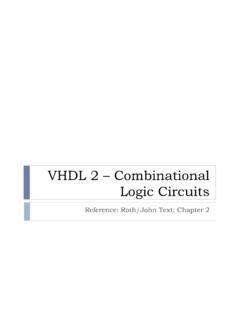 (Processes will be covered in more detail in “sequential circuit modeling”) Modeling combinational logic as a process --All signals referenced in process must be in the sensitivity list. A Gray-Code Current Mode ADC Structure ... the operating range and precision of the overall circuit. ... absolute value circuits used in this work are by no means the

EVALUATION OF THE MATURITY METHOD TO ESTIMATE … 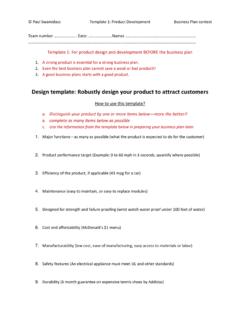 Template 1: For product design and development BEFORE the business plan . 1. A strong product is essential for a strong business plan. ... Design template: Robustly design your product to attract customers . How to use this template? a. Distinguish your product by one or … C o v e r f e a t u r e Authorized licensed use limited to: Auburn University. Downloaded on January 12, 2009 at 17:26 from IEEE Xplore. Restrictions apply. 34 Computer Our equations allow perf(r) to be an arbitrary func-tion, but all our graphs follow Shekhar Borkar3 and

POWER SYSTEM HARMONICS A Reference Guide to Causes, Effects and Corrective Measures AN ALLEN-BRADLEY SERIES OF ISSUES AND ANSWERS

IM WT1801-01EN i Thank you for purchasing the WT1800 Precision Power Analyzer. This manual contains useful information about the features of the WT1800. 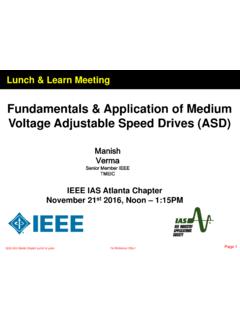