Electromagnetic Compatibility (EMC) in Vehicles Directive 95/54/EC in the UK. Version 4: 09 October 2002. Contents 1. Introduction 2. Who is affected ? 3. Which items need to be e-marked under the Automotive Directive 95/54/EC ? 4. What is an ESA ? 5. How do I obtain approval ? 6. What is "Legacy" equipment and does it need to be approved? 7. Exemption for certain equipment used for surveillance: paragraph 1(F)(b). 1. Introduction Regulation 60(1C) of the Road vehicle Construction and Use Regulations 1986 ( C & U'), which covers the Electromagnetic Compatibility of electrical or electronic equipment fitted to passenger cars after first registration, came into effect on 1 October 2002.

1 Electromagnetic Compatibility (EMC) in Vehicles Directive 95/54/EC in the UK. Version 4: 09 October 2002. Contents 1. Introduction 2. Who is affected ? 3. Which items need to be e-marked under the Automotive Directive 95/54/EC ? 4. What is an ESA ? 5. How do I obtain approval ? 6. What is "Legacy" equipment and does it need to be approved? 7. Exemption for certain equipment used for surveillance: paragraph 1(F)(b). 1. Introduction Regulation 60(1C) of the Road vehicle Construction and Use Regulations 1986 ( C & U'), which covers the Electromagnetic Compatibility of electrical or electronic equipment fitted to passenger cars after first registration, came into effect on 1 October 2002.

2 It appeared from the wording of this regulation that all equipment, even existing equipment moved from a used vehicle into a new or another used vehicle , would have to be e-marked to show its compliance with the requirements of Directive 95/54/EC after 1 October 2002, but this is not the case. After consultation with interested parties, the regulation has been changed so as to avoid this misunderstanding. See section 6 below. This Regulation applies to equipment intended for installation in Vehicles , but does not address the question of how that equipment is installed. Installation should be undertaken by qualified personnel and in line with vehicle and equipment manufacturer's instructions.

3 Directive 95/54/EC is one of the many separate Directives' that feed into the type approval regime which at the moment is compulsory across the entire EU. for all passenger cars (motor cars with 9 or fewer seats) as whole Vehicles '. The position on spare parts is slightly more complicated since, in the case of EMC, Member States are permitted to refuse the sale and entry into service of new ESAs ( electrical/electronic sub-assemblies') which do not comply with the requirements of the directive. vehicle Standards and Engineering Branch 4, Department for Transport EMC Guidance note: Version 4 09 October 2002. In the UK, we generally do not have a type approval regime for spare parts or assemblies which requires manufacturers as a matter of course to submit equipment for e-marking , although type approval is available (see section 5.)

4 Below) via the vehicle Certification Agency. In the UK, we regulate the safety and utility of Vehicles and vehicle parts largely through the C & U Regulations, which specify technical standards. A. criminal offence is committed by the user of the vehicle or of vehicle parts, and by the fitter and supplier, if components do not comply with the relevant regulation (ss 42 and 76 Road Traffic Act 1988). Directive 95/54/EC specified in Article 2(5) that from 1 October 2002 new ESAs should be permitted to be sold or enter into service if, and only if, they comply with its requirements. This requirement does not affect existing ESAs. In addition, there is a specific provision in Article 2(6) which permits sale and entry into service of ESAs as components which are to be used as replacement parts for vehicle types approved before 1 January 1996.

5 Since whole vehicle type approval is mandatory only for passenger cars, the requirement for ESAs to meet 95/54/EC and the replacement spare part exemption will apply, in the UK, solely to passenger cars. Directive 95/54/EC. was originally brought into effect by 1996 No. 2329 and the instrument which amended those changes is 2002 No. 2126 - The Road Vehicles (Construction and Use) (Amendment) (No. 3) Regulations 2002. In view of the changes, the Department for Transport has issued this guidance note, which is not intended as a statement of law. Nor is it intended as an exhaustive guide to the application of all relevant legislation. ESAs are liable to be additionally covered by other Directives.

6 For example, Directive 99/5/EC (covering Radio Equipment and Telecommunications Terminal Equipment (RTTE)) regulates the capability of radio equipment to use the radio spectrum without causing harmful interference and is administered by the Radiocommunications Agency (the RA), part of the Department of Trade and Industry (DTI). Statutory Instruments are available from HMSO: European Directives are available from EUR-Lex under "Legislation": Further information can be obtained from 2. Who is affected ? Manufacturers of electrical or electronic parts or aftermarket accessories intended for fitment to Vehicles after first registration, persons who install vehicle Standards and Engineering Branch 4, Department for Transport EMC Guidance note: Version 4 09 October 2002.

7 These items in Vehicles , operators of vehicle fleets and purchasers of these items are all affected and should familiarise themselves with the law. Manufacturers of equipment. Manufacturers should ensure that all relevant equipment which they produce complies with European Directive 95/54/EC on Automotive EMC, if necessary. See section 3. Persons concerned with Installation of equipment Installers should first of all be aware of whether the type of equipment that they are installing needs to be e-marked. See section 3. Whether or not the equipment is required to be e-marked, it needs to be installed in accordance with equipment and vehicle manufacturer recommendations and any relevant Codes of practice, such that vehicle electronic systems are not put at risk.

9 New ESAs which do not comply with the technical requirements of Directive 95/54/EC and are not e-marked may be refused sale or entry into service in other EU countries after 1 October 2002. Equipment intended for fitment to motorcycles is covered by a different Directive, 97/24/EC Chapter 8, and thus is not subject to 95/54/EC. The requirements are in fact based on those in 95/54/EC. 97/24/EC states that new ESAs for motorcycles must comply from 17 June 2003. The UK are examining whether to implement this requirement, which would probably be by means of a Statutory Instrument. Agricultural tractors are now covered by 75/322/EEC as amended by 2000/2/EC. The requirements are based on those in 95/54/EC.

10 The UK does not mandate the EMC requirements in 75/322/EEC for ESAs intended for fitment to tractors. vehicle Standards and Engineering Branch 4, Department for Transport EMC Guidance note: Version 4 09 October 2002. Mobile machinery (for example mobile cranes, off-road construction plant) is not within the scope of 95/54/EC but falls under the General EMC Directive 89/336/EEC. Further information on this Directive can be obtained from the Department of Trade and Industry. Under the Motor Vehicles (Authorisation of Special Types) General Order 1979 legislation (SI 1979 No. 1198, as last amended by SI 1998 No. 2249 and SI 1998 No. 2884), Vehicles which are new or improved types constructed for tests or trials, or Vehicles equipped with new or improved equipment, are exempt from certain of the Construction and Use Regulations, including Regulation 60, while they are being used for tests or trials. 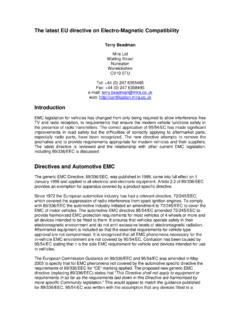 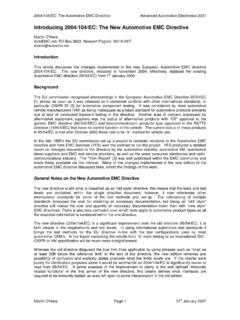 2004/104/EC: The Automotive EMC Directive Advanced Automotive Electronics 2007 Martin O'Hara Page 2 31st January 2007 Whole Vehicle Testing Although primarily only relevant to the VM, ultimately it is on-vehicle testing that is the final approval 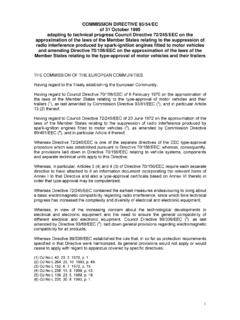 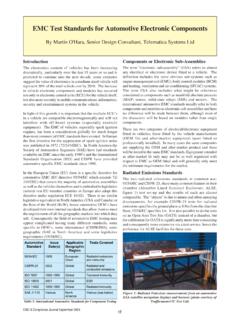 19 ISO 11452 comes in 7 parts the first of which is the general definitions, the other 6 are different test methods and limits comprising of free … 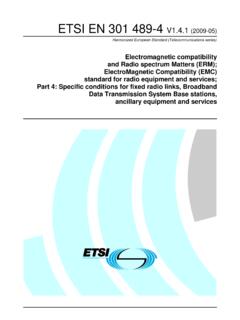 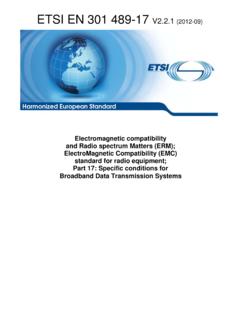 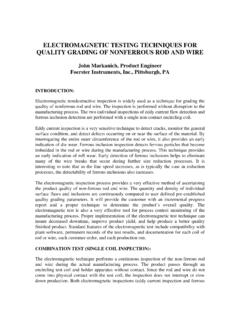 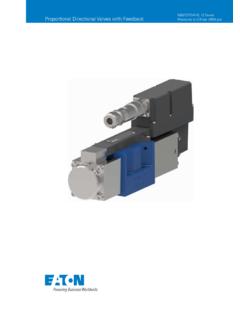 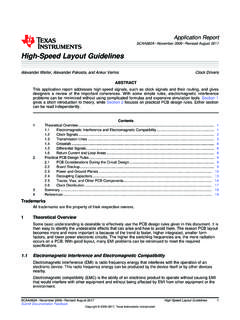