2 Reserves the right to vary our position accordingly. Inland Revenue Authority of Singapore All rights reserved. No part of this publication may be reproduced or transmitted in any form or by any means, including photocopying and recording without the written permission of the copyright holder, application for which should be addressed to the publisher. Such written permission must also be obtained before any part of this publication is stored in a retrieval system of any nature. 1. Table of Contents Page 1 Aim ..3. 2 At a 3 Glossary ..5. 4 Background ..6. 5 FSIE scheme ..6. 6 Scope of specified foreign 7 foreign -sourced income received in Singapore ..8. 8 Qualifying conditions ..8. 9 Administrative procedures ..12. 10 Contact 11 Updates and Annex A Examples of a fixed place of operation ..14. Annex B Illustration on whether tax is paid or payable in a foreign country ..15. 2. Tax exemption for foreign sourced income 1 Aim This e-Tax Guide provides details on the tax exemption for certain foreign -sourced income from 1 Jun 2003 under the foreign -sourced income exemption (FSIE) scheme.

3 This e-Tax Guide consolidates the three e-Tax guides issued previously 1 on the FSIE scheme. It applies to all Singapore tax resident persons receiving foreign - sourced income in Singapore. 2 At a glance Under the FSIE scheme, specified resident taxpayers who receive: a. foreign -sourced dividends;. b. foreign branch profits; or c. foreign -sourced service income from 1 Jun 2003 would be given tax exemption if they meet these qualifying conditions: a. Subject to tax;. b. foreign headline tax rate of at least 15%; and c. Beneficial tax exemption From 1 Jan 2004, all foreign -sourced income received in Singapore by resident individuals, except those received through a Singapore partnership, will be exempt from tax where the Comptroller is satisfied that the exemption will be beneficial to them. The FSIE scheme is summarised in the following table: Period of Remittance 1/6/2003 to 1/1/2004 to 22/1/2009 to 22/1/2010.

5 To qualifying conditions conditions lifted subject to Resident except the qualifying persons other beneficial tax conditions than exemption . individuals condition. **. * Sections of the Income Tax Act (ITA). ** For further details, please refer to the e-Tax Guide on Temporary Liberalisation of Income Tax Exemption for foreign -Sourced Income Received in Singapore from 22 Jan 2009 to 21 Jan 2010 issued on 20 Feb 2009. 4. 3 Glossary foreign -sourced Income foreign income that does not arise from a trade or business carried on in Singapore. Person Under section 2 of the Income Tax Act (ITA), a person includes a company, body of persons and a Hindu Joint Family. Specified foreign income The specified foreign incomes are: a. foreign -sourced dividend, b. foreign branch profits, c. foreign -sourced service income. Specified resident taxpayer The specified resident taxpayers are: Period Specified Resident Taxpayers 1 Jun 2003 to 31 Dec 2003 All persons resident in Singapore From 1 Jan 2004 a.

7 To enhance Singapore's attractiveness as a business hub and to boost our services export, it was announced in Budget 2003 and 2004 that tax exemption may be given to certain foreign -sourced income. 5 FSIE scheme The FSIE scheme is provided under Sections 13 (7A) to 13 (11) of the ITA. Specified foreign income received in Singapore on or after 1 Jun 2003. by specified resident taxpayers will be exempt from tax where the qualifying conditions are met. The conditions are elaborated in paragraph 8. The tax treatment as described under paragraph will continue to apply where the qualifying conditions are not met. The tax exemption applies to specified foreign income that does not arise from a trade or business carried on in Singapore. Where the foreign income arises from a trade or business carried on in Singapore, it remains taxable in Singapore upon accrual regardless of whether it is received in Singapore.

8 2. Tax exempt under an approval granted by the Minister for Finance or under a tax incentive granted under ITA / Economic Expansion Incentives (Reliefs from Income Tax) Act. 6. 6 Scope of specified foreign income foreign -sourced dividend For the purposes of the tax exemption, a dividend is a foreign -sourced dividend if it is paid by a non-Singapore tax resident company. This treatment also applies to foreign dividend, which may be the income of a trade or business carried on in Singapore by a specified resident taxpayer ( dividends received by a bank tax resident in Singapore). In addition, there is no shareholding requirement to enjoy the tax exemption. foreign branch profit A foreign branch is a business operation of a Singapore company registered as a branch in a foreign country. foreign branch profits are profits from a trade or business carried on outside Singapore by the foreign branch. 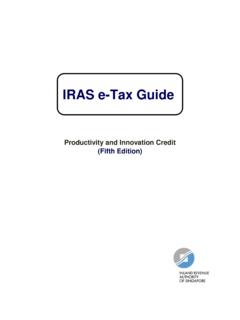 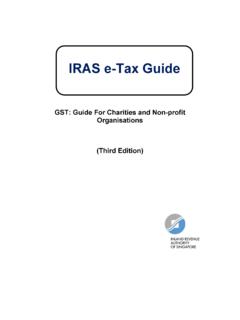 GST: Guide For Charities And Non-Profit Organisations 1 1 Aim 1.1 This e-Tax Guide1 explains: (a) The application of GST on the activities carried out by charities and 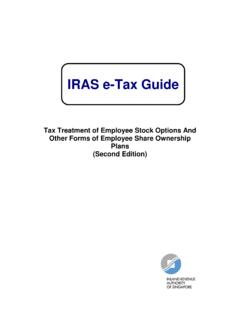 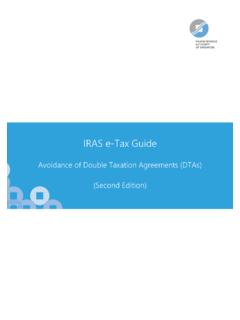 Avoidance of Double Taxation Agreements (DTAs) 1 1 Aim 1.1 This e-Tax Guide provides taxpayers with guidance on The interpretation and application of Singapore’s DTAs; and 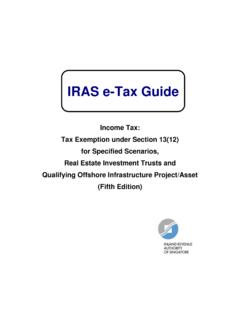 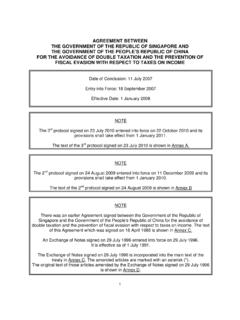 AGREEMENT BETWEEN THE GOVERNMENT OF THE … 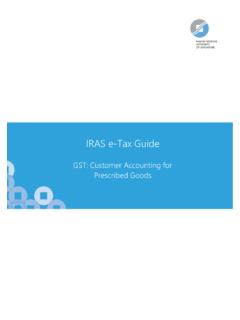 1 1 Aim 1.1 Customer accounting for certain prescribed goods will be implemented from 1 Jan 2019 to deter fraud schemes where the seller absconds with the GST

Income Tax Treatment Arising from Adoption of FRS 115 2 3. Background 3.1 FRS 1151 was developed with the objective of removing inconsistencies and weaknesses in previous revenue requirements, establishing a more robust CONVENTION BETWEEN THE GOVERNMENT OF … 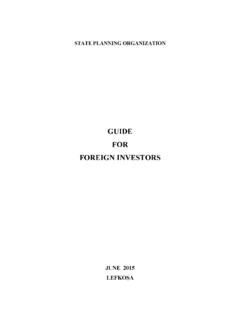 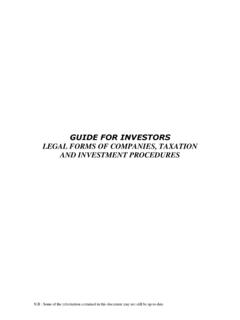 GUIDE FOR INVESTORS LEGAL FORMS OF …

N.B : Some of the information contained in this document may not still be up-to-date GUIDE FOR INVESTORS LEGAL FORMS OF COMPANIES, TAXATION AND INVESTMENT PROCEDURES 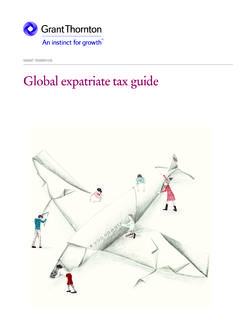 Expatriate tax ebook 2014 1 Expatriates taking up employment in Albania will be subject to comprehensive rules and in most cases employment visa requirements. 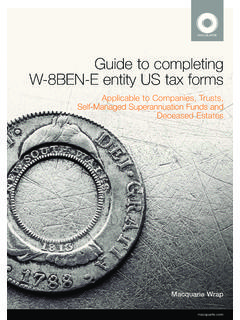 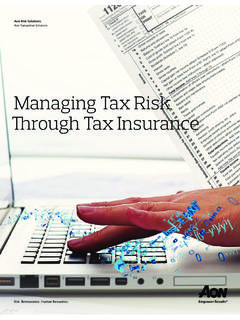