Commentary on the model Trustees’ Annual …

Commentary on the model Trustees' Annual report and accounts: The Rosanna Grant Trust (FRS 102 version) - reissued September 2016. This example is for an unincorporated grant-making trust constituted by a trust deed. Any charity of any size can follow the Financial Reporting Standard applicable in the UK and the Republic of Ireland (FRS 102) and the trustees have opted to follow FRS 102 and the Charities SORP (FRS. 102). This example is a revision of the example developed with input from the Association of Charitable Foundations in 2008. The Rosanna Grant Trust has unrestricted, restricted and endowment funds.

Commentary on the model Trustees’ Annual Report and accounts: The Rosanna Grant Trust (FRS 102 version) - reissued September 2016 This example is for an unincorporated grant-making trust constituted by a trust deed.

1 Commentary on the model Trustees' Annual report and accounts: The Rosanna Grant Trust (FRS 102 version) - reissued September 2016. This example is for an unincorporated grant-making trust constituted by a trust deed. Any charity of any size can follow the Financial Reporting Standard applicable in the UK and the Republic of Ireland (FRS 102) and the trustees have opted to follow FRS 102 and the Charities SORP (FRS. 102). This example is a revision of the example developed with input from the Association of Charitable Foundations in 2008. The Rosanna Grant Trust has unrestricted, restricted and endowment funds.

2 It has an income of and total net assets of The permanent endowment is invested under a power of total return. The Trust received a gift of expendable endowment in 2015 with restrictions as to how the income derived from it may be spent. To assist preparers to identify the differences from the previous version due to FRS 102, the text and figures have been left unchanged as far as practicable and so the story of the fictional charity has not been moved on. However in view of lower interest rates and yields since the original example was developed, the endowment fund balances on the balance sheet have been reworked so as to enable a more realistic portrayal of current investment conditions.

3 This required significant changes to opening balances to produce realistic yield figures to support the pattern of reported expenditure. This reworking is unrelated to any changes due to FRS 102. Any changes due to FRS. 102 are separately advised in this introduction. This example has been reissued on 12 September 2016 to add previous year comparatives to the analysis of charitable funds provided in note 16. Although comparatives for the analysis of fund movements was not required by previous SORPs, a strict application of FRS 102 (see section 3 paragraph ) requires comparatives for all items presented in the current period's financial statements except where the FRS permits otherwise.

4 The example has therefore been updated to include previous year comparatives for fund movements by way of a separate table for note 16. The Trustees' Annual report The Annual report addresses matters in the same order as the Charities SORP (FRS 102). The charity is registered in England and Wales and so reference is made to the Charity Commission's public benefit guidance in shaping the Trust's aims and objectives. The grant making policy provides information on the nature of the grants made, the criteria applied and provides additional information about the process by which the grants are approved.

5 The section on achievements and performance is framed from a public benefit viewpoint and reviews each activity in turn. Under the heading monitoring achievement, it concludes with performance information, presented in tabular form, which illustrates the actual achievement measured in the year and the preceding year against the plan. A review of investment performance is included within the financial review section of the report . The review of investments includes a reference to the Charity Commission granting a power of total return. This section contains the information and disclosure which is required by the Charity Commission Order.

6 The application of the power of total return has implications for the level of reserves the trustees wish to hold and this is explained in the reserves policy section. The reserves policy separately considers the requirements of the scholarship programme funded from restricted funds, in accordance with Charity Commission guidance set out in its guidance CC19 - Charities' Reserves. The section on plans for the future distinguishes between the broader strategic vision and specific plans for the following financial year. The structure, governance and management section includes a reference to related party transactions and discusses how conflicts of interest are managed and discloses how the pay of senior managers is set.

7 The approach to setting key management pay is intended to be solely illustrative and is not to be taken as a pay norm or a pay benchmark set for regulatory purposes by the Charity Commission for England and Wales. The Institute of Chartered Secretaries and Administrators (ICSA) best practice guide Charity Trustees Guide', 3rd edition (available from ICSA from ) is actively used by the trustees and they have chosen to cite it. A statement of trustees' responsibilities in relation to the financial statements has also been included in accordance with FRC audit standards (ISA 700).

8 This statement (see appendix 4 to Audit Practice Note 11, March 2012) is not a requirement of the Charities SORP (FRS 102). The accounts The Statement of Financial Activities (SoFA) reports the main charitable activities undertaken. FRS 102 and paragraph of the Charities SORP (FRS 102) require comparatives to be given for all items in the SoFA. A total funds figure is required for the prior year for each line heading (paragraph ), but the comparatives for other items may be given in the notes (paragraph ). Where an item relates only to one class of fund, in this case endowment funds, the total fund figure for the prior year is itself the comparative figure for that class of funds.

9 For example this is the case for the investment management costs incurred by the charity. The trustees have therefore opted to disclose comparatives for individual classes of funds in the notes to the accounts. The income note (note 3) and expenditure note (note 7) have been modified to disclose the prior year comparative figures for unrestricted and restricted income funds. Alternatively the charity could have either provided a SoFA for the prior year in the form of a note or have added extra columns to the current year SoFA to put the comparative figures for each class of funds.

10 Similarly rather than add columns to the balance sheet for comparatives, balance sheet comparatives are also given by way of the notes. When first reporting under FRS 102, section 35 of FRS 102 requires three reconciliations to be presented, if all are applicable. The charity's date of transition to FRS 102 is the beginning of the earliest period for which the charity presents full comparative information in accordance with FRS. 102 in its first financial statements (accounts) that comply with FRS102 ie 1 October 2014 in this fictional example. Section 35 requires that: Paragraph An entity shall explain how the transition from its previous financial reporting framework to this FRS affected its reported financial position and financial performance. 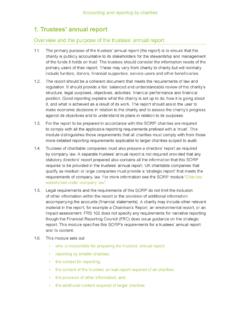 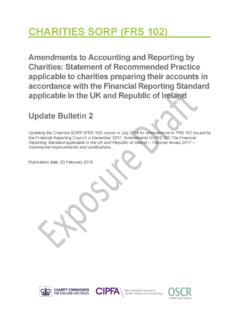 Amendments to Accounting and Reporting by …

CHARITIES SORP (FRS 102) Amendments to Accounting and Reporting by Charities: Statement of Recommended Practice applicable to charities preparing their accounts in 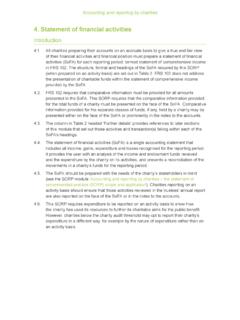 Accounting and reporting b charities 4. Statement of financial activities Introduction 4.1. All charities preparing their accounts on an accruals basis to give a true and fair view 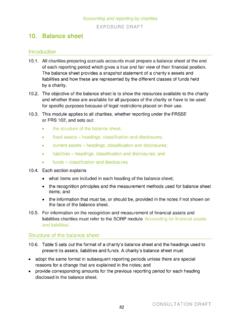 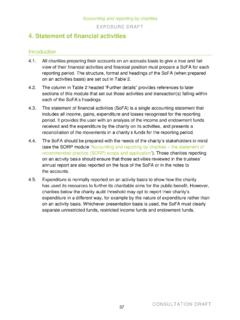 Accounting and reporting by charities EXPOSURE DRAFT CONSULTATION DRAFT 37 4. Statement of financial activities Introduction 4.1. All charities preparing their accounts on an accruals basis to give a true and fair 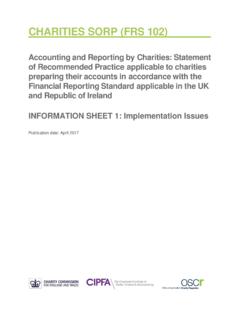 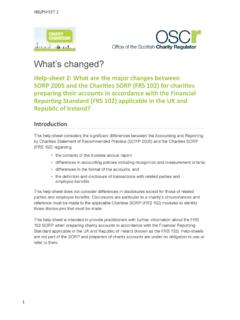 1 HELP What’s changed? Help-sheet 2: What are the major changes between SORP 2005 and the Charities SORP (FRS 102) for charities preparing their accounts in accordance with the Financial

What, Between, Changed, What s changed 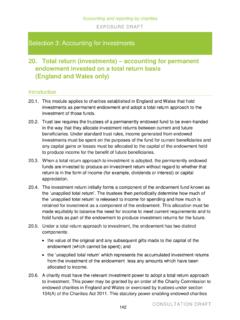 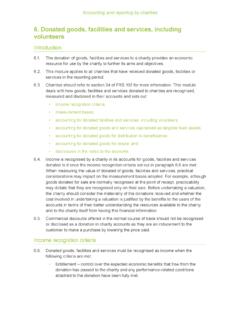 6. Donated goods, facilities and services, including ... 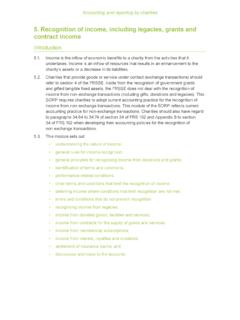 5. Recognition of income, including legacies, …

ccounting and reorting carities 5. Recognition of income, including legacies, grants and contract income Introduction 5.1. Income is the inflow of economic benefits to a charity from the activities that it 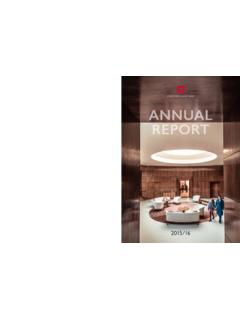 For information on how to become a Member: report

ANNUAl RePoRt of tHe tRUSteeS: oBJeCtIVeS ANd ACtIVItIeS | 9 English Heritage started operating as an independent charity on 1 April 2015 and 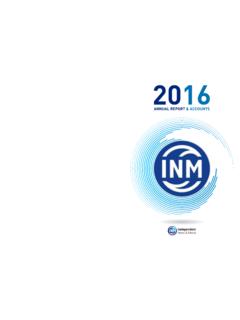 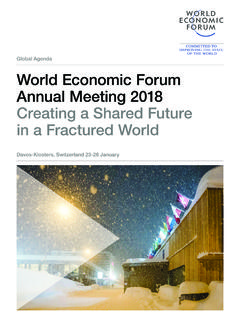 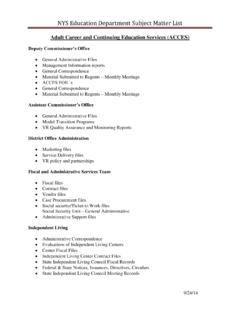 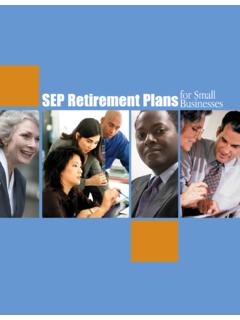 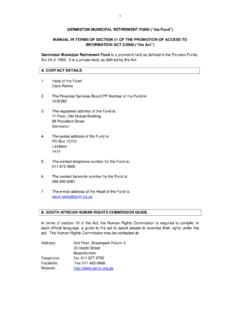