2 24. List of Figures 1 Phase Locked Loop Basic Structure .. 2. 2 Single Phase PLL With Notch Filter .. 3. 3 Bode Diagram .. 5. 4 PLL Response to Varying Grid Conditions .. 9. 5 Implemented SPLL at Steady State With Phase Jump and Scope Captures .. 13. 6 OSG Based Single Phase PLL .. 14. 7 Second Order Generalized Integrator for Orthogonal Signal 14. 8 Extraction of the Fifth Harmonic Using the SOGI .. 15. 9 PLL Response to Varying Grid Conditions .. 18. 10 Transient 23. Trademarks C2000 , ControlSuite are trademarks of Texas Instruments. MATLAB is a registered trademark of The MathWorks, Inc. All other trademarks are the property of their respective owners. 1 Introduction The phase angle of the utility is a critical piece of information for the operation of power devices feeding power into the grid like PV inverters.

3 A phase locked loop is a closed loop system in which an internal oscillator is controlled to keep the time and phase of an external periodical signal Using a feedback loop. The PLL is simply a servo system that controls the phase of its output signal such that the phase error between the output phase and the reference phase is minimum. The quality of the lock directly affects the performance of the control loop in grid tied applications. As line notching, voltage unbalance, line dips, phase loss and frequency variations are common conditions faced by equipment interfacing with electric utility, the PLL needs to be able to reject these sources of error and maintain a clean phase lock to the grid voltage. SPRABT3A July 2013 Revised July 2017 Software Phase Locked Loop Design Using C2000 Microcontrollers for 1.

8 As the loop filter has low-pass filter characteristic, it can be used to filter out the high frequency component that was ignored earlier. If the carrier frequency/ frequency of the signal being locked is high, the low-pass characteristics of the PI are good enough to cancel the twice of carrier frequency component. However, for grid connected applications as the grid frequency is very low (50Hz-60Hz), the roll off provided by the PI is not satisfactory enough and introduces a high frequency element into the loop filter output, which affects the performance of the PLL. From the discussion above, it is clear that the LPF characteristic of the PI controller cannot be used to eliminate the twice to grid frequency component from the phase detect output in case of grid connected applications.

9 Hence, alternative methods must be used that linearize the PD block. In this application report, two PLL methods that linearize the PD output, are illustrated: One uses a notch filter to filter out twice the grid frequency component from the PD output The other uses an orthogonal signal generation method to use stationary reference frame PLL. technique in Single phase PLL. 2 PLL With Notch Filter A notch filter can be used at the output of the phase detect block, which attenuates twice the grid frequency component very well. An adaptive notch filter can also be used to selectively notch the exact frequency in case there are variations in the grid frequency. Section illustrates the selection procedure of the PI coefficients, their digital implementation and mapping.

10 The Design of the adaptive notch filter is illustrated and a method to calculate the coefficients automatically, and on line is illustrated with the embedded code implementation. PD Notch Filter LPF. Measure Vgrid v = vgrid sin( in ) vd Kd kp + ki . VCO. out out Sin Ko + 1/s cos o v'. Figure 2. Single Phase PLL With Notch Filter SPRABT3A July 2013 Revised July 2017 Software Phase Locked Loop Design Using C2000 Microcontrollers for 3. Submit Documentation Feedback Single Phase Grid Connected Inverter Copyright 2013 2017, Texas Instruments Incorporated PLL With Notch Filter As discussed in Section 1, with the addition of the notch filter, the PI tuning can be done solely based on dynamic response of the PLL. Section illustrates digital implementation of the PI controller and the selection of the coefficients for the PI controller to be used. 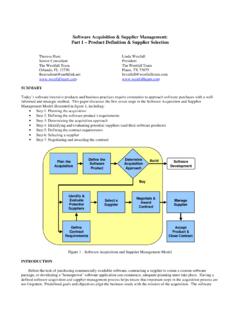