Important terms used in EIGRP Successor: A route (or routes) selected as the primary route(s) used to transport packets to reach destination. …

2 The larger MTU means faster transmission of packets. Feasible successor: A route (or routes) selected as backup route(s) used to transport packets to reach destination. Note that feasible successor entries Reliability: This is a measurement of reliability of a network link. It is assigned by the are kept in the topology table of a router. administrator or can be calculated by using protocol statistics. DUAL (Diffusing Update Algorithm): Enhanced IGRP uses DUAL algorithm to Delay: This is affected by the band width and queuing delay. calculate the best route to a destination Load: Load is based among many things, CPU usage, packets processed per sec Important Command in EIGRP Important Features of EIGRP. 1. Show ip eigrp topology : To display entries in the EIGRP topology table, use the show ip 1.

3 Unlike RIP and IGRP, EIGRP updates are not periodic. EIGRP updates are sent only when eigrp topology command in EXEC mode. there is a topological change in the network. 2. show ip eigrp neighbours: To display the neighbors discovered by EIGRP, use the show ip eigrp neighbors command in EXEC mode. It shows when neighbors become 2. In EIGRP, the router doing the summarization will build a route to null0 for the summarized active and inactive. The neighbor parameters displayed include Address, Interface, address. This ensures that the packets that are not destined for any network are routed Holdtime, Uptime, Q, Seq Num, SRTT, and RTO. to null and thus dropped. 3. show ip route eigrp: Displays the EIGRP routes installed in the route table. 3. EIGRP provides the option of disabling route command no auto-summary can be used for this purpose.

5 1. Hello Packets - EIGRP sends Hello packets once it has been enabled on a router for a 1. Neighbor table: The neighbor table stores information about neighboring EIGRP routers: network. These messages are used to identify neighbors and once identified, serve or a. Network address (IP). function as a keep alive mechanism between neighbors. EIGRP Hello packets are sent to b. Connected interface the link local Multicast group address packets sent by EIGRP do not require c. Holdtime - how long the router will wait to receive another HELLO before dropping an Acknowledgment to be sent confirming that they were received. the neighbor; default = 3 * hello timer d. Uptime - how long the neighborship has been established 2. Acknowledgment Packets - An EIGRP Acknowledgment (ACK) packet is simply an EIGRP e.

6 Sequence numbers Hello packet that contains no data. Acknowledgment packets are used by EIGRP to confirm f. Retransmission Timeout (RTO) - how long the router will wait for an ack before retransmitting reliable delivery of EIGRP packets. ACKs are always sent to a Unicast address, which is the packet; calculated by SRTT. the source address of the sender. g. Smooth Round Trip Time (SRTT) - time it takes for an ack to be received once a packet has been transmitted 3. Update Packets - EIGRP Update packets are used to convey reachability of destinations. Update h. Queue count - number of packets waiting in queue; a high count indicates line congestion packets contain EIGRP routing updates. When a new neighbor is discovered, Update packets are sent via Unicast to the neighbor which the can build up its EIGRP Topology Table.

7 It is important to know that Update packets are always transmitted reliably and always require explicit 2. Topology table: It contains only the aggregation of the routing tables gathered from all Acknowledgment. directly connected neighbors (not the entire network!). This table contains a list of destination networks in the EIGRP- routed network together with their respective metrics. Also for every 4. Query Packet - EIGRP Query packets are Multicast and are used to reliably request routing destination, a successor and a feasible successor are identified and stored in the table if they information. EIGRP Query packets are sent to neighbors when a route is not available and the exist. Every destination in the topology table can be marked either as "Passive", which is the router needs to ask about the status of the route for fast convergence.

8 If the router that sends state when the routing has stabilized and the router knows the route to the destination, or out a Query does not receive a response from any of its neighbors, it resends the Query "Active" when the topology has changed and the router is in the process of (actively). as a Unicast packet to the non-responsive neighbor(s). If no response is received in 16 attempts, updating its route to that destination. the EIGRP neighbor relationship is reset. 5. Reply Packets - EIGRP Reply packets are sent in response to Query packets. The Reply packets 3. Routing table: Stores the actual routes to all destinations; the routing table is populated from the are used to reliably respond to a Query packet. Reply packets are Unicast to the originator of the topology table with every destination network that has its successor and optionally feasible Query.

10 Use the address configured by the ospf router-id command The ip ospf priority command is information. used to set manually which router 2. Use the highest numbered IP address of a loopback becomes the DR. The range is 0- An OSPF area is a collection of networks and routers that have the same area interface 255 and the default is 1. 0 means process identifier is locally significant. it will never be DR or BDR. 3. Use the highest IP address of any physical interface 4. If no interface exists, set the router-ID to DR and BDR Election When two or more routers are contending to be a DR (designated Router) on a network segment, the router with the highest OSPF priority will become the DR for that segment. The same process is repeated for the BDR. In case of a tie, the router with the highest RID will win. 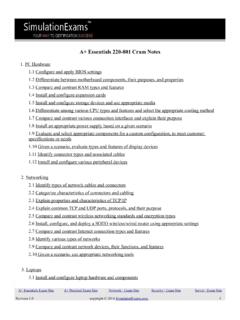 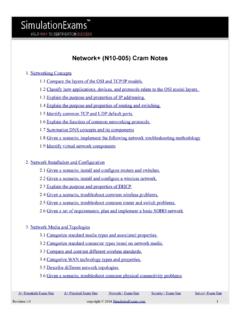 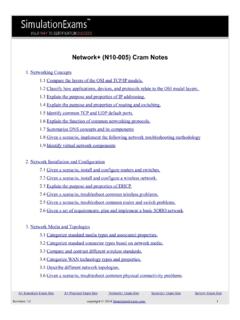 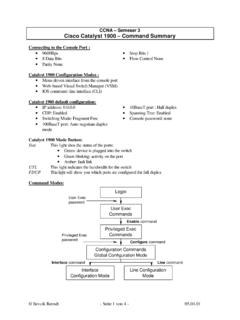 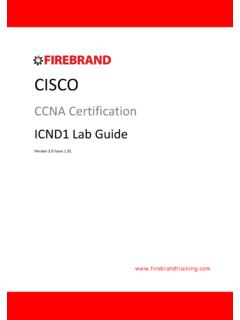 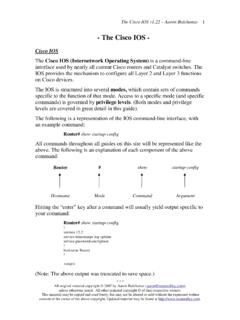 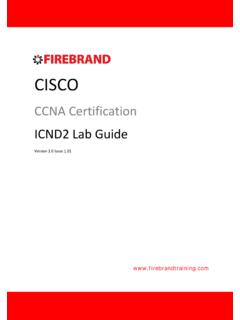 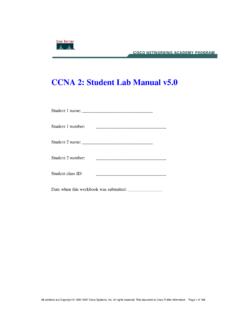 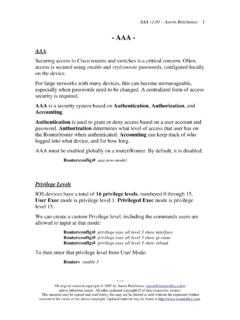