FAQs for Using Lithium-ion Batteries with a UPS

Using, With, Batteries, Lithium, For using lithium ion batteries with

2 Introduction Lithium-ion Batteries offer several advantages over traditional valve-regulated, lead acid Batteries commonly used in UPSs today. A much longer life span, smaller size and weight, faster recharge times, and declining prices have made Lithium-ion bat- teries an appealing energy storage technology. This paper serves to briefly answer common questions about Lithium-ion Batteries and their use in UPS applications to aid the user in making a decision as to which battery technology is best for their bat- tery backup needs. FAQs What is a Lithium-ion battery and how does it differ from a lead- acid battery? In the simplest of terms, a battery is an electro-chemical device that stores energy and releases it as electricity.

3 Batteries are typically organized in strings and can be connected in series, in parallel, or a combination of both to achieve whatever volt- age and current is required for a given application. This simple description applies to both lead acid and Lithium-ion Batteries . Every battery contains a cathode (positive) and an anode (negative) that are sus- pended in an electrolyte. Electrolyte acts as a catalyst for the electrochemical reac- tion which results in charging and discharging as ions flow from one electrode to the other. It also prevents electrons built up on the anode from flowing back to the cath- ode within the battery itself when no load is attached. The chemical reaction results in a potential difference in charge ( , voltage) between the cathode and anode as electrons build up on the anode.

5 Applies to both lead acid and Lithium-ion Batteries 1. plained (last accessed on 2/26/16). FAQs for Using Lithium-ion Batteries with a UPS. Schneider Electric Data Center Science Center White Paper 231 Rev 0 3. So, the principle difference between a Lithium-ion battery and a lead-acid is the chemical makeup of the materials used in the electrodes and electrolyte. Most cur- rent Lithium-ion Batteries use a metal oxide for the cathode and a carbon-based ma- terial for the anode. The electrolyte solution is a lithium salt dissolved in an organic solvent. A lead-acid battery, on the other hand, uses a lead dioxide for the cathode, a lead anode, and a form of sulfuric acid as the electrolyte. This chemistry determines, to a large extent, the battery's performance capabilities.

6 Table 1 highlights some of the high level performance differences between the two types of Batteries as used in UPS applications. However, it is important to under- stand that there can be a lot of variability in performance between one battery and another of the same type due to differences in chemistry ( , composition of elec- trolyte and electrodes) and the overall type and quality of the materials used, as well as the cell construction. This makes generalizing or summarizing Lithium-ion battery characteristics difficult unless a specific application and design is assumed. This ta- ble shows typical performance ranges for the kind of battery cells being used in UPSs today. Table 1. Performance attribute Lithium-ion Lead-acid (VRLA).

7 Typical performance Specific energy (Energy density) High, 70 - 260 Wh/kg Low, 15 - 50 Wh/kg ranges for Lithium-ion battery cells being used Life span (calendar) 10 - 15 years 4 - 6 years in UPS applications # of charge/discharge cycles* >1,000 200-400. Recharge time - 1 hr 6 - 12 hours * The actual # is highly dependent on the specific battery design and the depth of the discharges. The deeper the discharges, the lower the cycle life will be. How do the costs of Lithium-ion battery systems compare to lead- acid battery systems when used with a UPS? White Paper 229, Battery Technology for Data Centers: VRLA vs. Li-ion provides a detailed quantitative analysis of capital costs, operating expenses, and a 10 year TCO for Batteries in a 3-phase UPS used in a data center application.

8 In general, however, it can be said that the installed cost of a Li-ion system costs roughly to 3 times more (as of 2016) than what it would cost for a valve-regulated lead acid battery system at the same power level and runtime. The initial purchase price has been the principal reason why the use of Lithium-ion Batteries in UPSs has been so very limited. However, it's worth noting that only a few years ago that cost differ- ence was 10X. with the cost down so much combined with strong performance ad- vantages, Li-ion-based systems are increasingly becoming a viable energy storage option for more and more people. Increasing demand, future technology enhance- ments, and additional gains in manufacturing efficiency will likely lead to further cost reductions.

9 Lead-acid Batteries , on the other hand, are an older, more mature tech- nology with less of a chance of significant evolution occurring that would materially change the cost per kWhr much further downwards. On the operating expense (OPEX) side, the Li-ion system has a clear advantage. This is mostly due to the life span being roughly double (or more) than VRLA sys- tems. Over a 15 year period, VRLAs would likely have to be replaced 2-3 times whereas Li-ion might not need any replacements (or possibly once) saving signifi- cant money and reducing the amount of maintenance. Li-ion battery cycle life is FAQs for Using Lithium-ion Batteries with a UPS. Schneider Electric Data Center Science Center White Paper 231 Rev 0 4.

10 Sometimes specified at a higher temperature (40 C/104 F) than lead acid (20- 25 C/68-77 F). So, in these cases, they can tolerate a higher ambient temperature and still meet its specified cycle life2. This could allow additional OPEX savings by reducing cooling energy. And because Lithium-ion battery systems are 50-80%. smaller, this re-claimed space could be put to more productive use. The financial value of that could further improve the total cost of ownership of Lithium-ion sys- tems. Our analysis has shown that, in general, Li-ion-based UPS systems have a TCO that is 10-40% less (as of 2016) than that of a VRLA system over a 10 year pe- riod. Are Lithium-ion Batteries a safety hazard? All battery types, by definition, store chemical energy, so every battery if mishandled ( , thrown in a fire) or overcharged has the potential for being a hazard by releas- ing hazardous materials or igniting a fire.

How to Choose IT Rack Power Distribution - - APC … 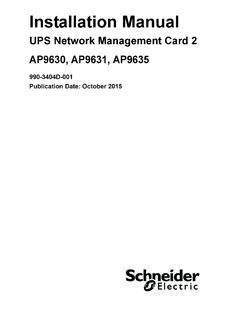 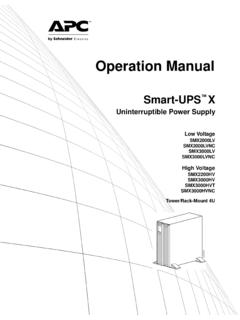 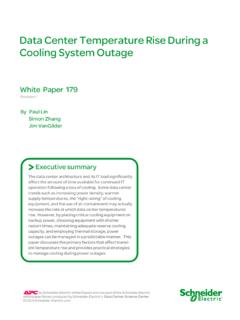 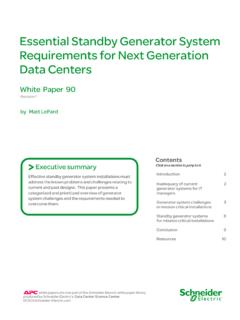 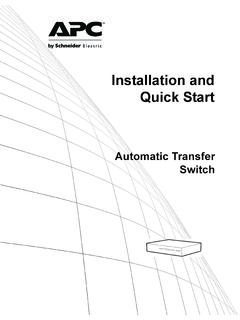 2 Installation and Quick Start How to Avoid Equipment Damage Use bypass mode for Matrix-UPS Matrix-UPS. Before you install the Management Card, put the 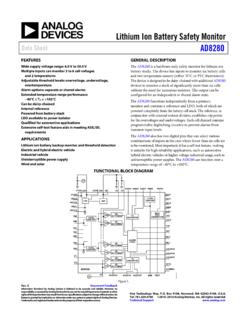 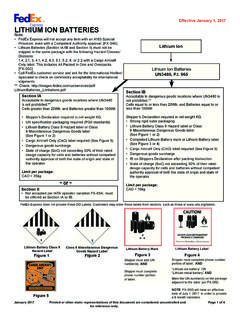 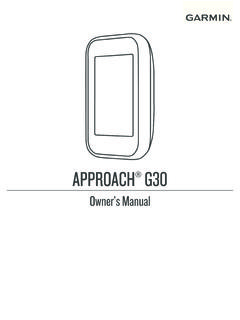 When you connect to your smartphone using Bluetooth wireless technology, you can share scores and other data to Garmin Connect . You can also view phone notifications on your device. 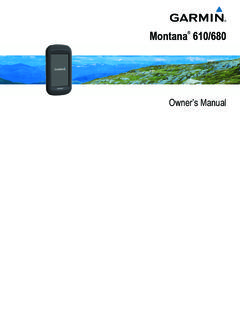 Lithium-Ion Batteries Hazard and Use Assessment 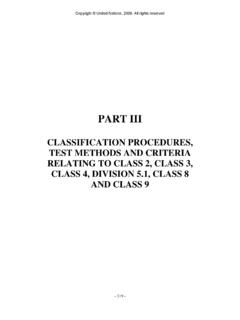 - 325 - SECTION 30 INTRODUCTION TO PART III 30.1 Purpose 30.1.1 Part III of the Manual presents the United Nations schemes for the classification of: