FILTER INDUCTOR AND FLYBACK TRANSFORMER design . FOR SWITCHING POWER SUPPLIES. Lloyd H. Dixon, Jr This design procedure applies to magnetic devices used primarily to store energy. This includes inductors used for filtering in Buck regulators and for energy storage in Boost circuits, and " FLYBACK transformers " (actually inductors with multiple windings} which provide energy storage, coupling and isolation in FLYBACK regulators. The design of true transformers used for coupling and isolation in circuits of the Buck and Boost families (in which energy storage is undesired} is covered in Section M5 of this manual. Symbols, definitions, basic magnetic design equations and various core and wire data used in this section are defined in Reference Sections MI, M2, and M3, and in Appendix A at the end of this section.))

1 FILTER INDUCTOR AND FLYBACK TRANSFORMER design . FOR SWITCHING POWER SUPPLIES. Lloyd H. Dixon, Jr This design procedure applies to magnetic devices used primarily to store energy. This includes inductors used for filtering in Buck regulators and for energy storage in Boost circuits, and " FLYBACK transformers " (actually inductors with multiple windings} which provide energy storage, coupling and isolation in FLYBACK regulators. The design of true transformers used for coupling and isolation in circuits of the Buck and Boost families (in which energy storage is undesired} is covered in Section M5 of this manual. Symbols, definitions, basic magnetic design equations and various core and wire data used in this section are defined in Reference Sections MI, M2, and M3, and in Appendix A at the end of this section.))

2 The specific equations used in this design procedure are derived in Appendix B. The Standard International system of units (rationalized MKS) is used in developing the equations, but dimensions have been converted from meters to centimeters. All circuit values such as inductance, peak and rms currents and turns ratios must be defined before beginning the magnetics design procedure. A practical design example of a FLYBACK TRANSFORMER design using this procedure is in the paper: "150 Watt FLYBACK Regulator". Step 1. Select the Core Material and Configuration Ferrite is the most widely used core material for commercial applications (see Section M3). Molybdenum-permalloy powder toroidal cores have higher losses, but they are often used at switching frequencies below 100 kHz when the flux swing is small --in FILTER inductors and FLYBACK transformers operated in the continuous mode.

3 Powdered iron cores are sometimes used, but they are generally either too low in permeability or too lossy for practical use in switching power supply applications above 20 kHz. The basic magnetic materials above all have very high permeabilities (Mr =. 3000- 100,000) and cannot therefore store much energy. This is good for a true TRANSFORMER , but not for an INDUCTOR . The large amount of energy that must be stored in a FILTER INDUCTOR or FLYBACK TRANSFORMER is in fact stored in an air gap (or other non-magnetic material with Mr = 1) in series with the high permeability core material. In moly-permalloy and powdered iron cores the energy storage gap is actually in the non-magnetic binder holding the magnetic particles together. This distributed gap cannot be measured or specified directly, so the equivalent permeability of the overall composite core is specified instead.

4 Step 2. Determine the Peak Flux Density In the following procedure, inductance and current values are referred to the primary. (The single winding of a simple INDUCTOR will also be called the primary.) The inductance, L, required and the peak short-circuit 2-1. UNITRODE CORPORATION. 5 FORBES ROAD. LEXINGTON, MA 02173. TEL. (617) 661-6540 .TWX (710) 32&-6509 .TELEX 9~1064. INDUCTOR current, Ipk, are dictated by the circuit application. Ipk is set by the current limiting circuit. Together, these define the absolute maximum INDUCTOR energy, (LIpk2)/2, that the INDUCTOR must be designed to store (in the gap) without saturating the core and with acceptable core losses and copper losses. The maximum peak flux density, Bmax, that will occur at Ipk must be defined.

5 The INDUCTOR should be operated at Bmax as large as possible to achieve the smallest possible gap capable of storing the required energy. This minimizes the winding turns, eddy current losses, and INDUCTOR size and cost. In practice, Bmax is limited either by core saturation, Bsat, or by core losses. Core losses in ferrite are proportional to frequency and to the approximate power of the peak-to-peak flux density swing, AB, during each switching cycle. In an INDUCTOR designed to operate in the continuous current mode (such as a buck regulator FILTER INDUCTOR or a continuous mode FLYBACK TRANSFORMER ), core losses are usually negligible at frequencies below 500 kHz because ABm is a small fraction of the DC flux level. In these cases, Bmax can be almost equal to Bsat, with a small safety margin.

6 Bsat for most power ferrites such as 3C8 material is above Tesla (3000. Gauss), and Bmax of Tesla may be tentatively chosen. In an INDUCTOR designed to operate in the discontinuous mode, flux density swings all the way from zero to Bmax (flux remnance is negligible because of the gap). Thus the maximum flux density swing, ABm, equals Bmax. Inthe discontinuous mode, especially at high frequencies, ABm (and Bmax) will usually be limited by core loSSeS So that Bmax will be much less than Bsat. Step 3. Determine Core Size The core used must be able to store the required peak energy in a small gap without saturating and with acceptable core losses. It must contain the required turns with acceptable winding losses. Core selection can be made through an iterative process involving trial solutions, but Equations lA and 18 provide an approximation of the core area product, AP, required for the application.

7 (AP = window area Aw, times magnetic cross section Ae}. Select the smallest core available from catalog data whose area product exceeds the calculated value. Equation lA applies when Bmax is limited by saturation and Equation 18 when limited by core losses. It may be necessary to try both equations, using the largest resulting AP value. First, the saturation limited case. (Refer to Appendix A for symbol definitions): AP = AwAe = 450 K Bmax With L in Henries, B in Tesla, K = see Table I. Equation lA is based on copper losses at current density Jmax resulting in a hot spot temperature rise (at the middle of the center-post) of 30oC. Jmax is a function of core size: 330 = 450 A/cm2. 2-2. UNITRODE CORPORATION. 5 FORBES ROAD. LEXINGTON. MA 02173. TEL (617) 661-6540.)

8 TWX (710) 326-6509. TELEX 95-1064. For the core loss limited case, Equation 18 is also based on a hot spot temperature rise of 30 C, but only half due to copper losses and half core losses.. (18} AP = AwAe = L Mm1 ~ .(kH f + kE f2} .559 For most power ferrites, hysteresis coefficient kH = , eddy current coefficient, kE = Equation 18 is based on operating at a current density, Jmax, contributing 15 C to the hot spot temperature rise: (28) 315 = A/cm2. Multiple windings, if any, should be proportioned to operate at the same rms current density to assure uniform power distribution in the windings. TABLE I --K Factors Ku ~ K=K~.Kp Continuous Buck, Boost INDUCTOR : 0:7 Discontinuous Boost INDUCTOR : Continuous FLYBACK TRANSFORMER : Discontinuous FLYBACK TRANSFORMER : Window utilization factor Ku of for the FLYBACK transformers in Table I.))

9 Includes insulation to meet VDE line isolation requirements, but does not include a bobbin. Ku should be halved for toriodal cores. The primary area factor Kp of is for half of the copper area apportioned to the primary, half to the secondary. 4. Define N. The minimum number of turns is next calculated: Nmin = BmaxAe ~. when Bsat limited Nmin = ~6 BmAe . when Core loSS limited The actual number of turns is the next possible integer value greater than Nmin. In a FLYBACK TRANSFORMER with multiple windings, the primary turns may be constrained to specific multiples such as 22, 44, 66,88 etc. because of turns ratio considerations. In this case if Nmin is 36 turns, the smallest possible N is 44 turns. It may be that these additional turns above the minimum will not fit the Core unless the actual Core area product is sufficiently greater than the minimum AP calculated in Equation 1.

10 For the same inductance, the larger N also results in a Bmax or less than the original limit, and the Core losSeS will be less. Using Equation 38. with the larger value of N and the actual of the application, calculate the smaller value of and use this to find the actual Core losses, Pc, from the Core manufacturers Core loSS tables. 2-3. UNITRODE CORPORATION. 5 FORBES ROAD. LEXINGTON, MA 02173. TEL (617) 661-6540 .TWX (710) 32~ .TELEX 95-1064. 5. Calculate the Gap The gap length is calculated using the classic inductance formula: 2. (4A) = ~ -10-2 cm With Ferrite E-E or pot cores, the gap should be in the center-post only, which requires grinding it to size if not available as a standard part. The grinding operation may be avoided by shimming the core halves apart by approximately half the calculated gap length. 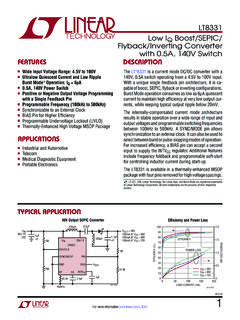 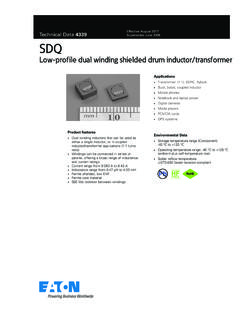 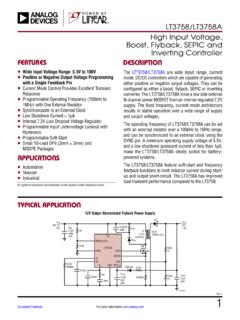 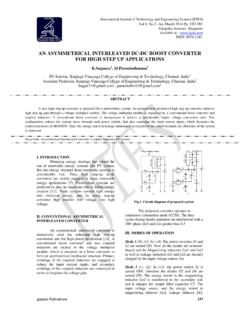