A NEWSFLASH . NEWS: EDITORIAL. ST. 1 SEMESTER 2016. 2015 finished strong regarding the issue of The COP21 (21th United Nation Framework THE ERA-ENVHEALTH GENERAL environment and health. Several important Convention on Climate Change) of which ASSEMBLY IN BRUSSELS, BELGIUM, 21 meetings took place one after the other: the 3rd France held the Presidency, took place in Paris OCTOBER ERA-ENVHEALTH* annual meeting, the 6th in December 2015. The main objective of the French National Congress on Environment and COP was to reach a common agreement to THE ERA-ENVHEALTH OPEN Health and the COP21. reduce emissions of greenhouse gases based on conference IN BRUSSELS, BELGIUM, 22 voluntary commitments by countries embodying OCTOBER After the previous ERA-ENVHEALTH the broader goal of keeping global warming network meetings in Rome, in December 2013, below 2 C compared to the beginning of the 20th FINAL MEETING OF THE and in Stockholm, in June 2014, the 2015 century.

1 A NEWSFLASH . NEWS: EDITORIAL. ST. 1 SEMESTER 2016. 2015 finished strong regarding the issue of The COP21 (21th United Nation Framework THE ERA-ENVHEALTH GENERAL environment and health. Several important Convention on Climate Change) of which ASSEMBLY IN BRUSSELS, BELGIUM, 21 meetings took place one after the other: the 3rd France held the Presidency, took place in Paris OCTOBER ERA-ENVHEALTH* annual meeting, the 6th in December 2015. The main objective of the French National Congress on Environment and COP was to reach a common agreement to THE ERA-ENVHEALTH OPEN Health and the COP21. reduce emissions of greenhouse gases based on conference IN BRUSSELS, BELGIUM, 22 voluntary commitments by countries embodying OCTOBER After the previous ERA-ENVHEALTH the broader goal of keeping global warming network meetings in Rome, in December 2013, below 2 C compared to the beginning of the 20th FINAL MEETING OF THE and in Stockholm, in June 2014, the 2015 century.

2 This agreement also mobilised the PROJECT ACCEPTED meeting took place in Brussels on October 21, finances needed for mitigation, adaptation and 22 and 23, along with the ACCEPTED project compensation for losses and damage already ERA-ENVHEALTH COLLOQUIUM: final meeting (Assessment of changing recorded and engaged non-governmental actors FORESIGHT AND FUTURE conditions, environmental policies, time- to this transition. ENVIRONMENTAL RISKS activities, exposure and disease, funded by ERA-ENVHEALTH). This year's theme 2016 will also start strong with the writing and COP21: PARIS AGREEMENT BY concerned national environment and health signing of a new Network Agreement by all the CONSENSUS action plans. active members of the ERA-ENVHEALTH. network. The previous one expired on December METHODOLOGICAL FOUNDATIONS OF On November 24 and 25, Paris greeted the 6th 31st 2015. The members wish to continue the THE WHO ENVIRONMENTAL BURDEN OF National Congress on Environment and Health.

3 Collaboration and sharing of experience and DISEASE (EBD) METHOD The conference raised the question of climate practices, and have chosen to maintain the OPPORTUNITIES, RISKS AND change and health: what risks? what remedies? network and its activities continue focusing on LIMITATIONS FROM SCIENTIFIC, LEGAL More specifically, it tackled the problem of the information exchange, communication and AND ETHICAL PERSPECTIVES preventive and curative management of health implementation of joint activities such as (EBDREVIEW) impacts of climate change, and the health and seminars, workshops . social impacts of mitigation and adaptation THE ERA-ENVHEALTH NETWORK measures. * ERA-ENVHEALTh: European Research Area network in the Environment & Health field. REMINDER: SAVE THE DATE. 17 19 April 2016: 2nd International conference on Human Biomonitoring, Berlin, Germany 27 28 September 2016: ERA- ENVHEALTH annual conference , Utrecht, The Netherlands This publication reflects only the author's views and the member organisations are not liable for any use that may be made of the information contained therein.

4 / ERA-ENVHEALTH / NEWSFLASH / ISSUE 30 / 1st SEMESTER 2016 Page 1. ERA-ENVHEALTH GENERAL ASSEMBLY IN BRUSSELS (BELGIUM) 21 OCTOBER 2015. When the ERA-ENVHEALTH project (Environment and During the 2015 general assembly meeting, restricted to Health European Research Area Network) ended in network members only, the members agreed that a new December 2012, the members of the network signed a Network Agreement should be prepared and signed in order Network Agreement to continue bringing together expertise to continue the work in progress. The new Network in the E&H field and maintain the tools developed, which Agreement covers a 3-year period 2016-2018. Emphasis is provide valuable support in tackling the challenges in E&H put on the core work of the Network: Environment and research. This Network Agreement expired on 31 December Health issues in relation to policy-making. 2015.

5 The members of the network also discussed future joint activities, information exchange and communication. ERA-ENVHEALTH OPEN conference IN BRUSSELS (BELGIUM) 22 OCTOBER 2015. ON NATIONAL ENVIRONMENT AND HEALTH ACTION PLANS (NEHAP). The 2016 ERA-ENVHEALTH open conference was organised on 22 October 2016 in Brussels (Belgium) by the Federal Public Service Food Chain Safety and Environment, Belgian Science policy and the region Wallonne (Cellule Permanente Environnement-Sant ). This year's theme was NEHAP: National Implementation and Evaluation Processes . About 40 participants took part in the discussions and debates. 1. THE BELGIAN NEHAP. Francis Brancart Direction of the environmental policy, Service Public de Wallonie, Belgium The Belgian National Environment and Health Action Plan (NEHAP) was drawn up between 2000 and 2002. It was approved in 2003. It is divided into three complementary, informative documents: In 2004, the initial joint projects were launched, focusing Part I provides an inventory (based on 2000 on the major priorities of the NEHAP and following the data) of relationships between the environment Budapest conference , the decision was taken to and health.

6 The NEHAP acknowledges that incorporate actions from the Belgian CEHAP (the this field is complex and subject to numerous Children's Environment and Health Action Plan) within uncertainties. Above all, it is therefore the structure of the NEHAP. important to take into account the existing knowledge on diseases and illnesses After the evaluation of the first phase, a second phase influenced by environmental factors. Part I (2008-2013) was launched and focused on reducing the also lists the actions and measures undertaken incidence of respiratory problems, especially at each level of administration in Belgium. children's' but not only. Part II facilitates a general understanding of document I. It is a summary of the first part, 3 kinds of actions could be cited: along with a certain number of conclusions. Finally, part III contains seven International projects: Persistent Organic recommendations, broken down into 36 Pollutants (POPs) in human milk (WHO), practical measures, to be undertaken in the DEMOCOPHES (EU biomonitoring).

8 Authorities and national competent administrations and The task took a year and was used as an input for the agencies). preparation of the 3rd NEHAP (PNSE3) that was issued at 1. the end of year 2014. Two evaluation reports were issued: Descriptive data: A set of 10 topics covering 58 actions of PNSE2 were Evaluation report: selected for an in depth analysis, based on a series of criteria (public health importance; degree of public perception; potential for collaboration across institutions and other parties; potential contribution to improvement of information systems; expected efficacy of the action), and a wide range of information systems on the quality of environmental media or on exposure factors were browsed to describe their evolution patterns over a 5 to 10 years period and to answer two key evaluation questions: Could one observe: - a reduction of exposure of the population targeted by the action, at the national level?

9 - and a reduction of spatial and/or social inequalities of exposure to environmental nuisances and risks? 3. RESEARCH AND ACTIONS TO SUPPORT ENVIRONMENT AND HEALTH POLICIES IN ITALY. Liliana Cori, (implementation of EU regulations, regional Institute of Clinical Physiology, National Research Council, surveillance activities). Nevertheless, other policies are Pisa, Italy relevant for E&H, promoted by the Ministry of Transport, Labour, Agriculture, Economy, Foreign In Italy, several Institutions are committed to work in the Affairs, Education and Research. framework of the European Environment and Health Action Plan, especially after the Fifth Ministerial conference , held in The Italian research community, often working within Parma, Italy, in March 2010. A formal National plan was not international consortia, operated during the last decade on agreed, but several initiatives and projects are contributing to the following E&H issues, with the specific aim to address the challenges linked to this complex and support public prevention policies: Air Pollution, Noise, multidisciplinary issue.

10 Contaminated Sites, Health Impact Assessment, Knowledge Transfer and Exchange. Several The issue of competencies represents a first challenge, with competencies and scientific field are involved, different levels of action of Ministries, Regions, Local including environmental epidemiology, toxicology and Authorities, in health (national planning, regional legislation medical sciences, information technology, sociology & implementation, local health services), and in environment and policy studies. The approach of the studies has been multidisciplinary and the involvement of community is usually included, with the aim to boost communities' participation and empowerment. To finally summarize, the background for adequate action to address E&H challenges exists in Italy, but, as a result of different levels of competencies and actions, the activities on E&H are not coordinated, losing in efficacy and effectiveness. 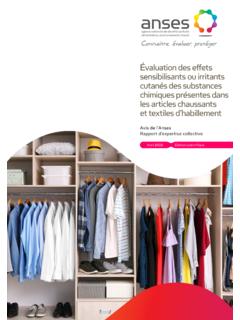 Guidelines on the assessment of ion exchangers … 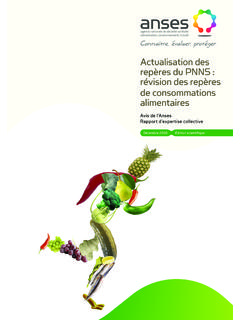 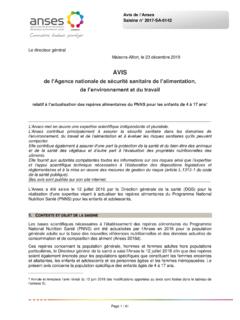 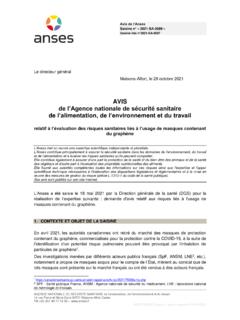 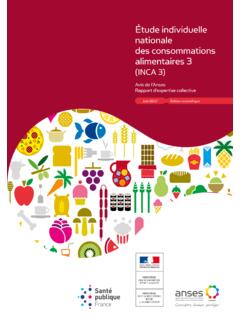 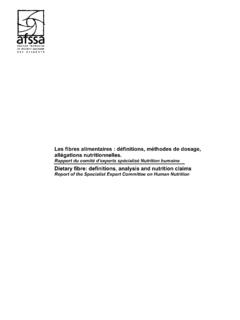 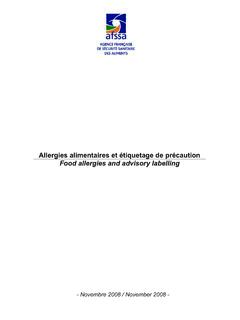 THE 4 PILLARS OF Alzheimer’s Prevention

We just returned from the annual Alzheimer’s Conference in Chicago. The main message I want to share is that when it comes to Alzheimer’s prevention, lifestyle medicine is taking center stage. 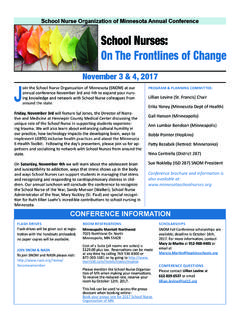 School Nurses: On The Frontlines of Change

School Nurses: On The Frontlines of Change oin the School Nurse Organization of Minnesota (SNOM) at our annual conference November 3rd and 4th to expand your nurs- 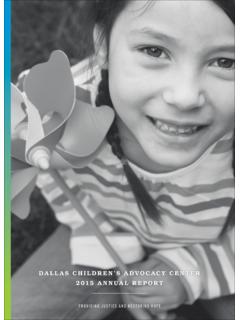 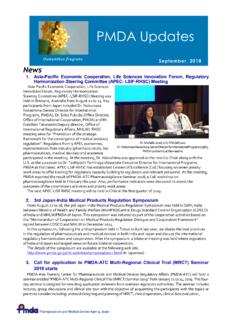 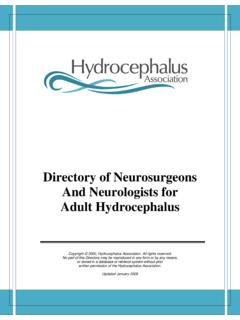 Directory of Neurosurgeons And Neurologists for Adult ...