3 A few definitions • Inertiais the property of bodies to maintain constant translational and rotational velocity, unless disturbed by forces or torques, respectively (Newton’s first law of motion). • An inertial reference frame is a coordinate frame in which Newton’s laws of …

2 The operation of Inertial Navigation systems (INS) depends upon Newton s laws of classical mechanics. It is the only form of Navigation that does not rely on external references. These forms of Navigation can be used in combination as well. The subject of our seminar is the fifth form of Navigation Inertial few definitions Inertiais the property of bodies to maintain constant translational and rotational velocity, unless disturbed by forces or torques, respectively (Newton s first law of motion). An Inertial reference frameis a coordinate frame in which Newton s laws of motion are valid. Inertial reference frames are neither rotatingnor accelerating. Inertial sensorsmeasure rotation rateand acceleration, both of which are vector valued variables.

3 Gyroscopesare sensors for measuring rotation: rate gyroscopesmeasure rotation rate, and integrating gyroscopes(also called whole angle gyroscopes) measure rotation angle. Accelerometersare sensors for measuring acceleration. However, accelerometers cannotmeasure gravitational acceleration. That is, an accelerometer in free fall (or in orbit) has no detectable input. The input axisof an Inertial sensor defines which vector component it measures. Multi axis sensorsmeasure more than one component. An Inertial measurement unit(IMU)or Inertial reference unit(IRU)contains a cluster of sensors: accelerometers(three or more, but usually three) and gyroscopes(three or more, but usually three). These sensors are rigidly mounted to a common base to maintain the same relative principle of Inertial Navigation Given the ability to measure the acceleration of vehicle it would be possible to calculate the change in velocity and position by performing successive mathematical integrations of the acceleration with respect to time.

4 In order to navigate with respect to our Inertial reference frame, it is necessary to keep track of the direction in which the accelerometers are pointing. Rotational motion of the body with respect to Inertial reference frame may be sensed using gyroscopic sensors that are used to determine the orientation of the accelerometers at all times. Given this information it is possible to resolve the accelerations into the reference frame before the integration process takes does an INS consist of? An Inertial navigationuses gyroscopes and accelerometers to maintain an estimate of the position, velocity, and attitude rates of the vehicle in or on which the INS is carried, which could be a land vehicle, aircraft, spacecraft, missile, surface ship, or submarine.

5 An INS consists of the following: An IMU Instrument support electronics Navigation computers (one or more) calculate the gravitational acceleration (not measured by accelerometers) and doubly integrate the net acceleration to maintain an estimate of the position of the host Platform and Strapdown Technologies There are many different designs of INS with different performance characteristics, but they fall generally into two categories: gimbaled or stabilized platform techniques, and strapdown The original applications of INS technology used stable platform techniques. In such systems, the Inertial sensors are mounted on a stable platform and mechanically isolated from the rotational motion of the vehicle. Platform systems are still in use, particularly for those applications requiring very accurate estimates of Navigation data, such as ships and submarines.

6 Modern systems have removed most of the mechanical complexity of platform systems by having the sensors attached rigidly, or strapped down , to the body of the host vehicle. The potential benefits of this approach are lower cost, reduced size, and greater reliability compared with equivalent platform systems. The major disadvantage is a substantial increase in computing complexity. Gimbaled Inertial platform8 Gimbaled systems A gimbal is a rigid with rotation bearings for isolating the inside of the frame from external rotations about the bearing axes. At least three gimbals are required to isolate a subsystem from host vehicle rotations about three axes, typically labeled roll, pitch, and yawaxes. The gimbals in an INS are mounted inside one another.

7 Gimbals and torque servos are used to null out the rotation of stable platform on which the Inertial sensors are does gimbaled INS work? The gyros of a type known as integrating gyros give an output proportional to the angle through which they have been rotated Output of each gyro connected to a servo motor driving the appropriate gimbal, thus keeping the gimbalin a constant orientation in Inertial space The gyros also contain electrical torque generators which can be used to create a fictitious input rate to the gyros Applications of electrical input to the gyro torque generators cause the gimbaltorque motors/servos to null the difference between the true gyro input rate and the electrically applied bias rate.

9 It can operate in tunnels or underwater as well as anywhere else. It is inherently well suited for integrated Navigation , guidance, and control of the host vehicle. Its IMU measures the derivatives of the variables to be controlled ( , position, velocity, and attitude). It is immune to jamming and inherently stealthy. It neither receivers nor emits detectable radiation and requires no external antenna that might be detectable by of INS Mean squared Navigation errors increase with time. Cost, including: Acquisition cost, which can be an order of magnitude (or more) higher than GPS receivers. Operations cost, including the crew actions and time required for initializing position and attitude. Time required for initializing INS attitude by gyrocompass alignment is measured in minutes.

10 TTFF for GPS receivers is measured in seconds. Maintenance cost. Electromechanical avionics systems ( , INS) tend to have higher failure rates and repair cost than purely electronic avionics systems ( , GPS). Size and weight, which have been shrinking Power requirements, which have been shrinking along with size and weight but are still higher than those for GPS receivers. Heat dissipation, which is proportional to and shrinking with power with GPS GPS integration has not only made Inertial Navigation platform better, it made it cost less Sensor errors that were unacceptable for stand alone INS operation became acceptable for integrated operation Manufacturing and calibration costs for removing these errors could be eliminated New low cost MEMS sensor technologies could be applied INS also benefits GPS performance by carrying the Navigation solution during loss of GPS signals and allowing rapid re aquisition22 Relation to guidance and control Navigationis concerned with determining where you are relative to where you want to be. 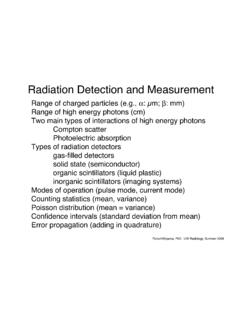 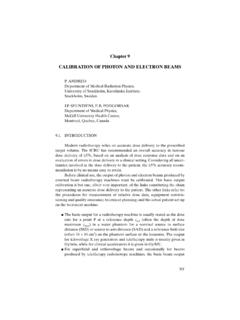 theories (see Chapter 2 and Section 9.4 in this chapter). The sensitive air volume or mass in an ionization chamber is determined: Directly by measurement (the … schemes are an aid to understanding the contents of the nuclide chart boxes. More diagrams can be found in the new brochure for the 8th Edition of the Karlsruhe Nuclide Chart which can ... The colour red indicates that the nucleus decays by electron capture / positron emission. 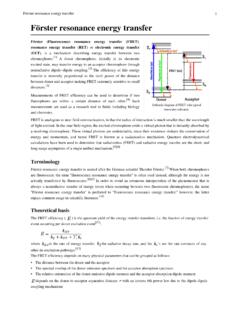 Introduction to Cosmology - University of Arizona

mology course at The Ohio State University. The students taking the course were primarily juniors and seniors majoring in physics and astronomy. In my lectures, I assumed that my students, having triumphantly survived fresh-man and sophomore physics, had a basic understanding of electrodynamics, 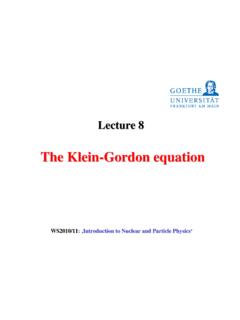 The Klein-Gordon equation - University of Arizona

giving the relativistic energy-momentum relation In the system of natural units The four-scalar in eq.(1) The scalar meson field Goal: to determine the fundamental equation of motion for a field F(R,t) . F(R,t) is a scalar field for relativistic, spinless particles of nonzero mass m = meson field. 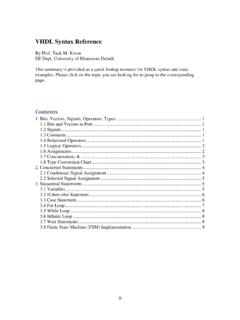 VHDL Syntax Reference By Prof. Taek M. Kwon EE Dept, University of Minnesota Duluth This summary is provided as a quick lookup resource for VHDL syntax and code examples. Please click on the topic you are looking for to jump to the corresponding page. Contents 1. Hartree -Fock Theory WS2012/13 : ‚Introduction to Nuclear and Particle Physics ‘, Part I. Particle -number representation: General formalism The simplest starting point for a many-body state is a system of noninteracting particles , i.e. the Hamiltonian of the total system H … 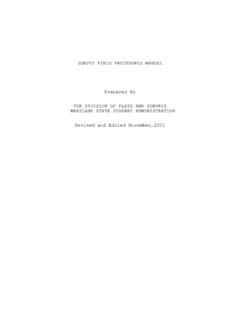 Pathway guide Quantity Surveying and Construction 6 1 2 3 4 5 Quantity surveyors are the cost managers of construction. They are initially involved with the 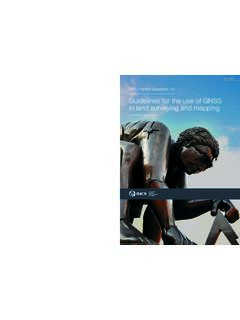 Guidelines for the use of GNSS in surveying and mapping

The document is divided into two parts. Part 1 summarises the important criteria to be considered in GNSS surveying, and includes guidelines for best practice. Part 2 is a technical explanation which develops the themes of Part 1 in a more formal context. This is primarily intended for surveyors and clients who wish to understand some GNSS ... 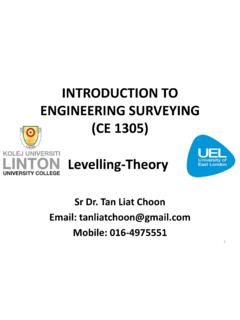 (1) design highways, railroads, canals, sewers, water supply systems, and other facilities having grade line that best ... A surveying operation carried out to determined the elevation of points or to find the difference in elevation of points. 6. Uses of Levelling Standards & Procedures for Surveying and Mapping

Surveying Standards and Procedures Manual. 1) The New York State Plane Coordinate System shall be used on all surveys unless specifically instructed not to by the OGS . 2) Before commencing any field survey, every attempt should be made to contact all owners of property adjoining the parcel to be surveyed.

A Guide for Consumers - California 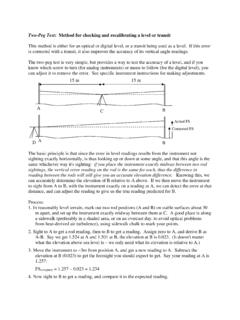 Two-Peg Test: Method for checking and recalibrating a ...

Methods, Checking, Method for checking and recalibrating a, Recalibrating